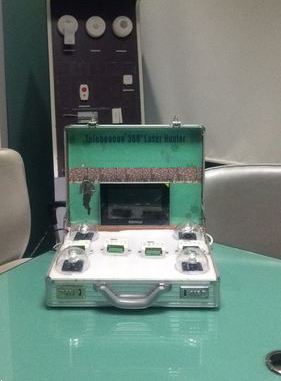 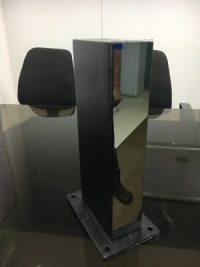 The problems with the above techniques are

Telebeacon 360 Degrees Solution: The system utilises the following Sensors in whole or in part, to detect Intrusion:
• Laser, Vibration Sensors & other Ground Based Sensors
• Seismic Sensors and other Underground Sensors

During the learning mode, the system scans the environment in 360 degrees and saves the data related to existing buildings, infrastructure, natural topography and any other existing obstructions in memory as a reference. This reference data is also saved in the backend Telebeacon Control Server for configuration of Alerts, Dynamic Software Zoning/Floor Plans using Graphical User Interface, Access Control & Lighting Automation, PTZ Cameras and Integration with third party Software & Hardware. In detection mode, the System creates an invisible wall, scans the environment and compares the real time data with the reference data in memory to detect Intrusion. It can track intruder in 360 degrees to cm precision. The system can detect the size of the intruder, total number of intruders and the direction and angle of the Intruder. The system automatically creates GIS/GPS data of the intruder on the floor plan/GIS/GPS maps. The System avoids Friendly Fire by equipping patrolling guards with GPS/Indoor Trackers.

The system supports the following features:

2. Self Diagnostics:
• Able to monitor battery status, sensor performance to ensure continuous System operation
• Conduct automatic periodic simulated test (When testing the performance of PIDS, the use of inbuilt Self Diagnostic Test is not recommended)

3. Reliability:
• The 2 Separate Detection Systems can be combined by ANDing their alarm outputs in order to minimize the false alarm.
• Support back-up/secondary communication link in the event of primary communication failure.

5. Communication & Notification: The following features are supported by the System

7. Power: The system supports the following:
• Solar & Battery Power options
• UPS
• Capable of signalling an alarm to an operator in the event of a power or UPS failure